An app for Chaucer with an assist from Monty Python’s Terry Jones February 4, 2020 – Posted in: Books and Technology, Content, Libraries – Tags: Medieval manuscripts

An international team led by the University of Saskatchewan’s Peter Robinson has created the first web and mobile phone app of Geoffrey Chaucer’s The Canterbury Tales.

It features an audio performance of the General Prologue along with the digitized version of the original manuscript. While listening to the reading you can access supporting content such as a translation in modern English, commentary, notes and vocabulary explaining Middle English words used by Chaucer.

“We have become convinced, over many years, that the best way to read the Tales is to hear it performed—just as we imagine that Chaucer himself might have performed it at the court of Richard II.” says Robinson.

Monty Python star Terry Jones, who passed away last month, was a noted Chaucer scholar and was “instrumental in developing the content of the app. His translation of The General Prologue and his books feature in the introduction and notes.” 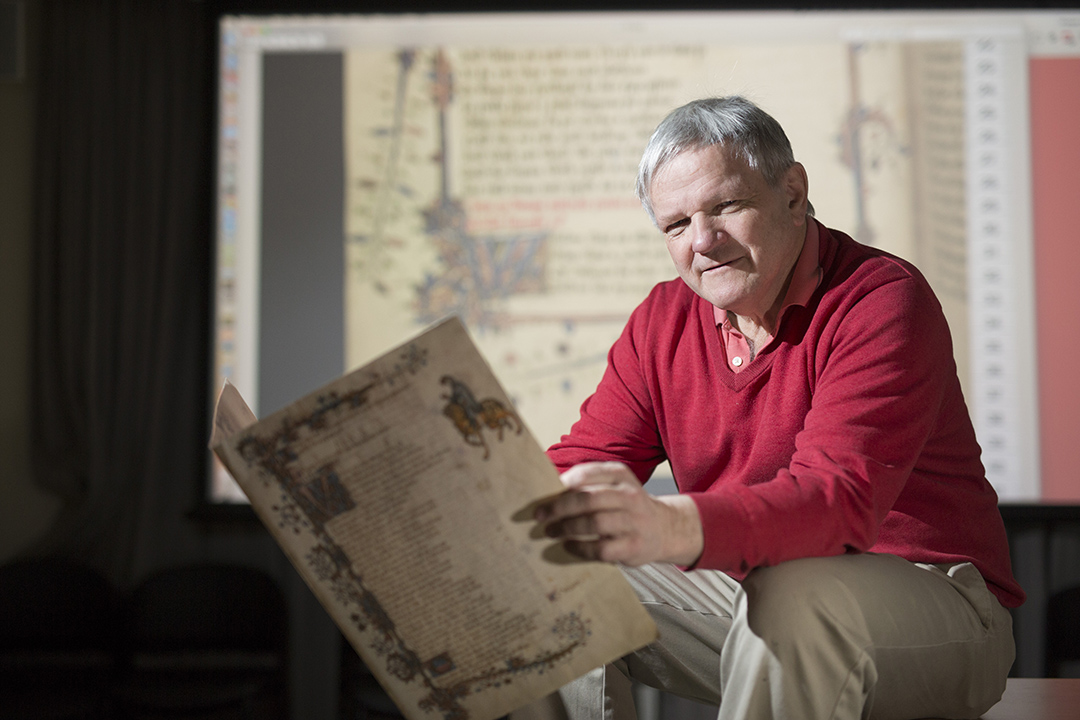 Peter Robinson leads the team that has developed the first app of Geoffrey Chaucer’s The Canterbury Tales. (Photo: Dave Stobbe)

« The Cost of Reading in Prison: In West Virginia it’s 5 cents a minute
In the Stacks: Fire at the Library »
About the author: Michael Lieberman