Christopher Nolan’s latest film Interstellar is an epic experience. It’s length, coming in at just under 3 hours, is a salute to endurance (of both your body and the human race) and a supersonic mediation on time.

It is a battle of an earthly dystopia, with planet earth just one generation from being inhabitable, vs. a space utopia, where the survival of the human race is poised to come from the exploration of space.

In both worlds the book has a strong presence and it is through books that both worlds communicate with each other.

On earth, it is the library in Molly’s room. While the world outside has become a large bland Dust Bowl one wall of her room is covered in books. Shiny modern first editions that provide both some much needed color and act as a gateway to communicating her father Cooper, the lead astronaut on the journey to the other worlds to help save the planet, whom she has long given up on ever seeing again.

For Cooper, who decides in the end that it is best to return home to earth to see his children than continuing the mission, the other side of the library provides him with the best outlet to reconnect with his daughter.  His return to earth is a  free fall through a Borgesian library of seemingly infinite length. A colorful tunnel of hope.

This is a complex film with numerous sub plots and challenges but the book does stand out as an integral component. In the film Nolan gives us two options for survival; Plan A in which the space mission finds the needed answer and returns to earth with a remedy or Plan B where if no remedy is found, we give up on earth and populate another planet with human embryos to keep the race alive.

Books are proven to be the safest way to travel to other worlds and by Nolan placing them front and center and having them be the catalyst between the two worlds perhaps he is offering up another alternative to Plan A or Plan B.

Plan C – if the world can achieve 100% literacy we might have the ability to work our way out of the mess we created. 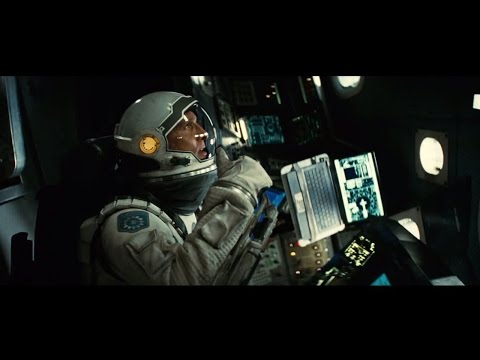