Bob Dylan is the subject of a new anthology of poems edited by two retired professors from his home state of Minnesota.

Whittled down to 100 poems from a pool of  500 Visiting Bob: Poems Inspired by the Life and Work of Bob Dylan is a collection honoring Dylan by poets in various stages of their careers. Contributors include Robert Bly; Charles Bukowski; Lawrence Ferlinghetti; Patti Smith and Anne Waldman as well as this lost musing from Johnny Cash that appeared in the liner notes for Dylan’s 1969 album “Nashville Skyline,” and won a Best Album Notes Grammy:

Complete unto itself, full,

And their words, works and songs

There is no end to the cultural influences of this master lyricist and musician.

Speaking of poets and Bob Dylan, in case you haven’t seen this in a while here is the music video for “Subterranean Homesick Blues” featuring Allen Ginsberg. As the Independent pointed out after he won the Nobel Prize in 2016 Dylan has leaned on poetry more than any other musician. 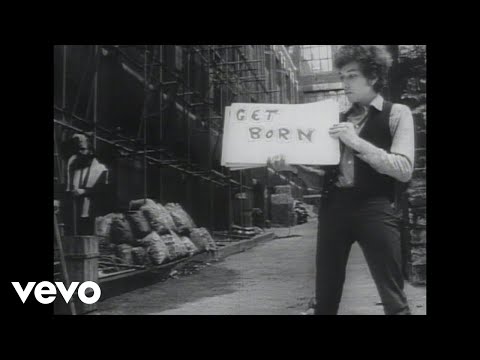