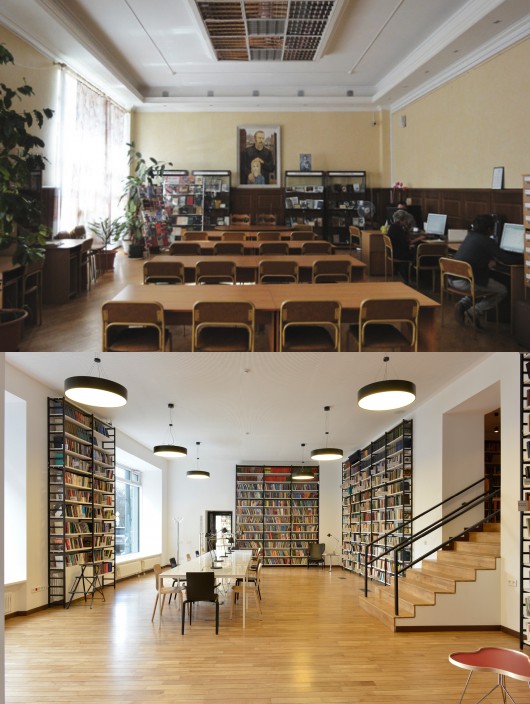 Dostoyevsky Library Interior Before and After Renovation. Image © Frans Parthesius

A beautiful thing is happening to the public libraries of Moscow.

Armed with extensive research on the benefits of a vibrant public library system a group comprised of the architectural firm SVESMI, lead by Sverdlov, urban designer Paola Viganò, and the Muscovite bookseller Boris Kupriyanov got the ear of Moscow’s Culture Minister.

the number of libraries per capita in Moscow rivals other European cultural capitals yet, prior to the inception of this project, were unpopular and disproportionately underpopulated public places. The vast majority of them remain dense with unfulfilled potential and, according to SVESMI, “do not play any significant role in the shaping of the city’s cultural landscape.”

Armed with a research document demonstrating, among other things, that Moscow spends €43 per visitor per year compared to Amsterdam which spends €4,50 per visitor per year, the team had a degree of leverage to convince Sergei Kapkov, Moscow’s Culture Minister, to help set the project in motion. 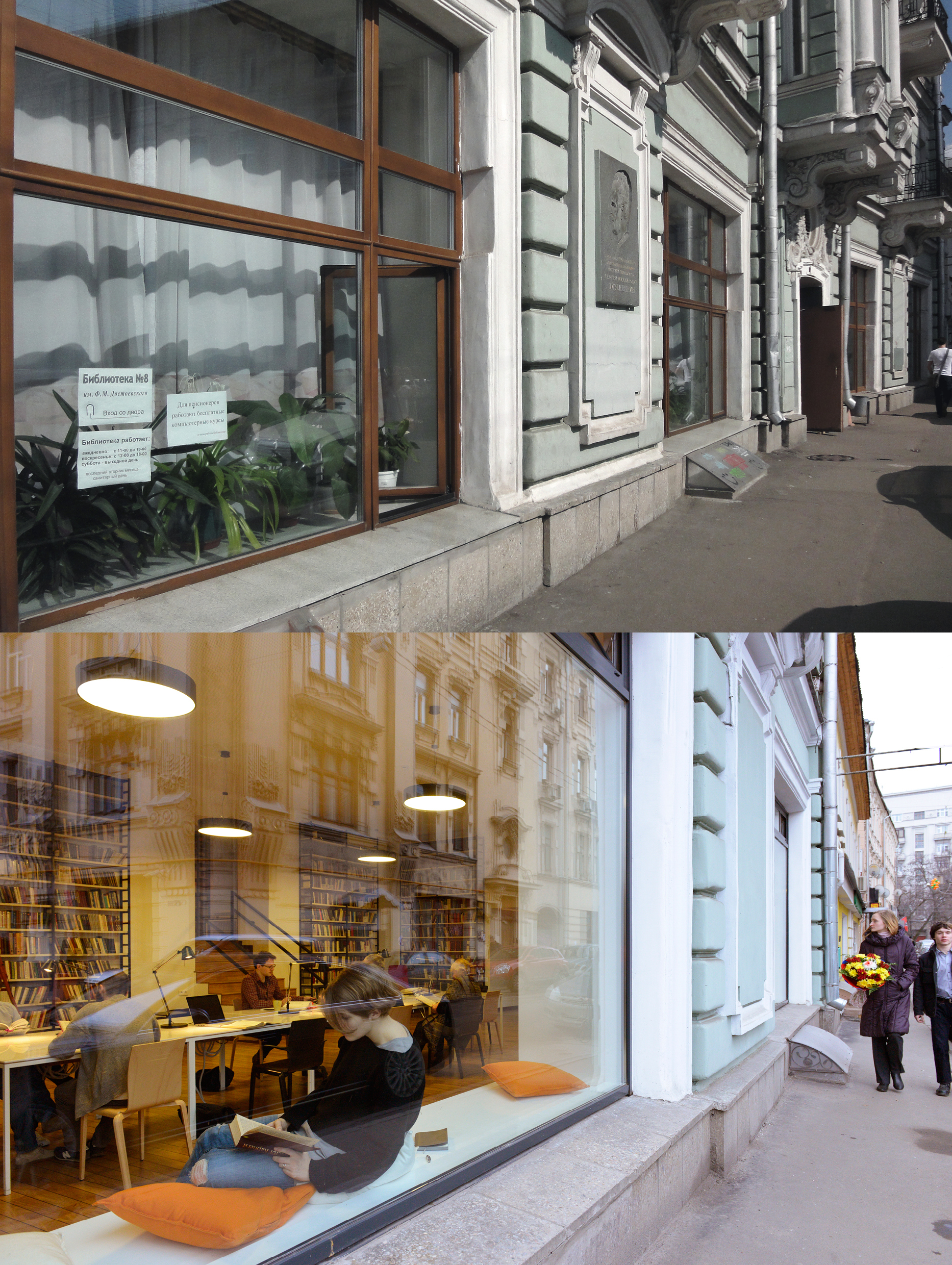 Dostoyevsky Library Exterior Before and After Renovation. Image © Frans Parthesius

On the importance of books and libraries Sverdlov cites Umberto Eco’s  This Is Not The End Of The Book,

“the book is like the spoon, scissors, the hammer, and the wheel: once invented, it cannot be improved.”

In the same way, as digital readers come and go, the physical book will remain the constant thread that ties generations together through knowledge and ‘spatial neutrality’. It is even possible to argue that these kinds of spaces are not merely a privilege but fundamentally necessary to the healthy functioning of a community.

On how the program is progressing – the Dosteovsky Library, pictured above, and one of the pilot locations “saw anecdotal reports of visitor numbers rise from around three hundred in six months to three hundred per day, with lines out of the door.” 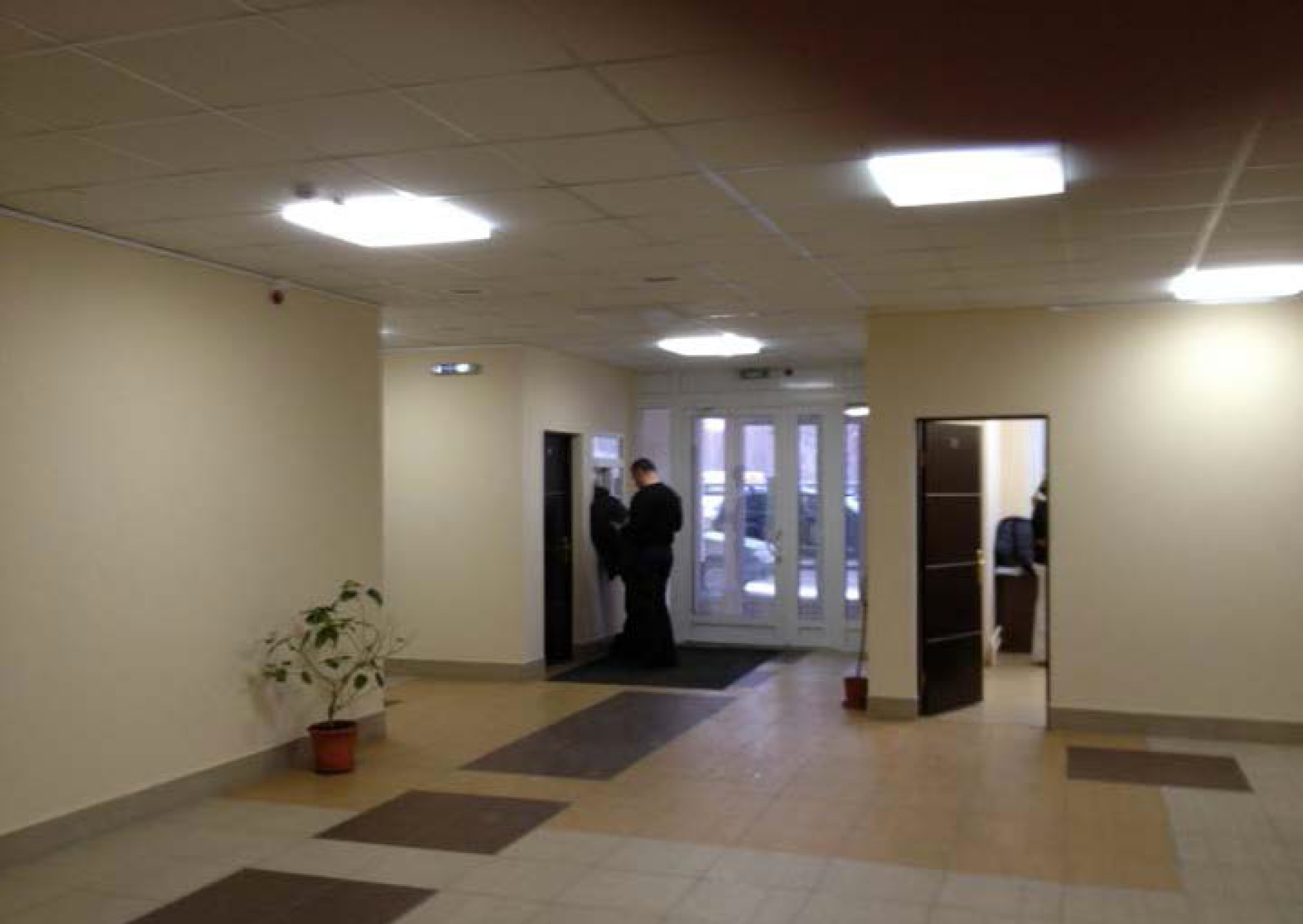 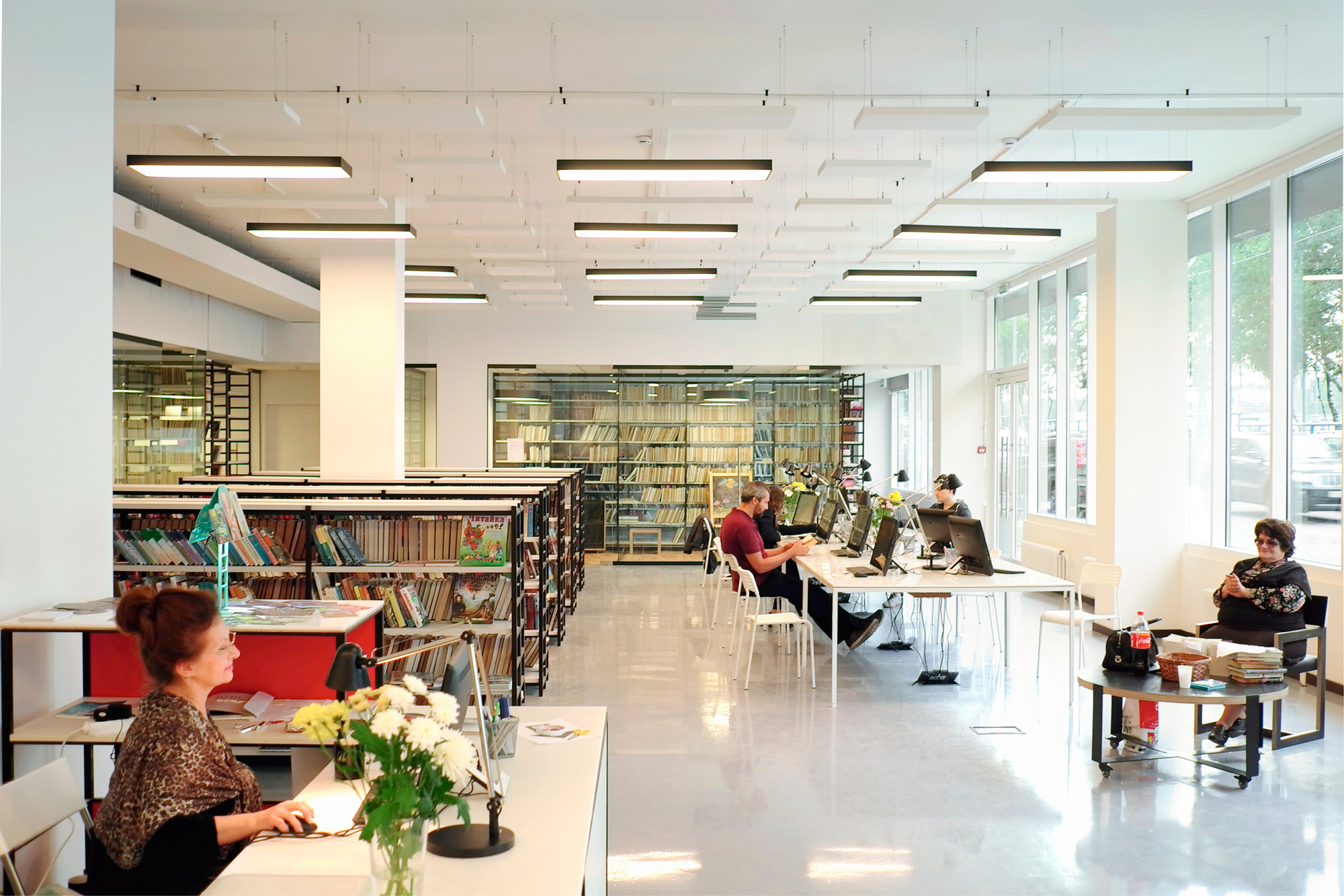 before and after Library #127 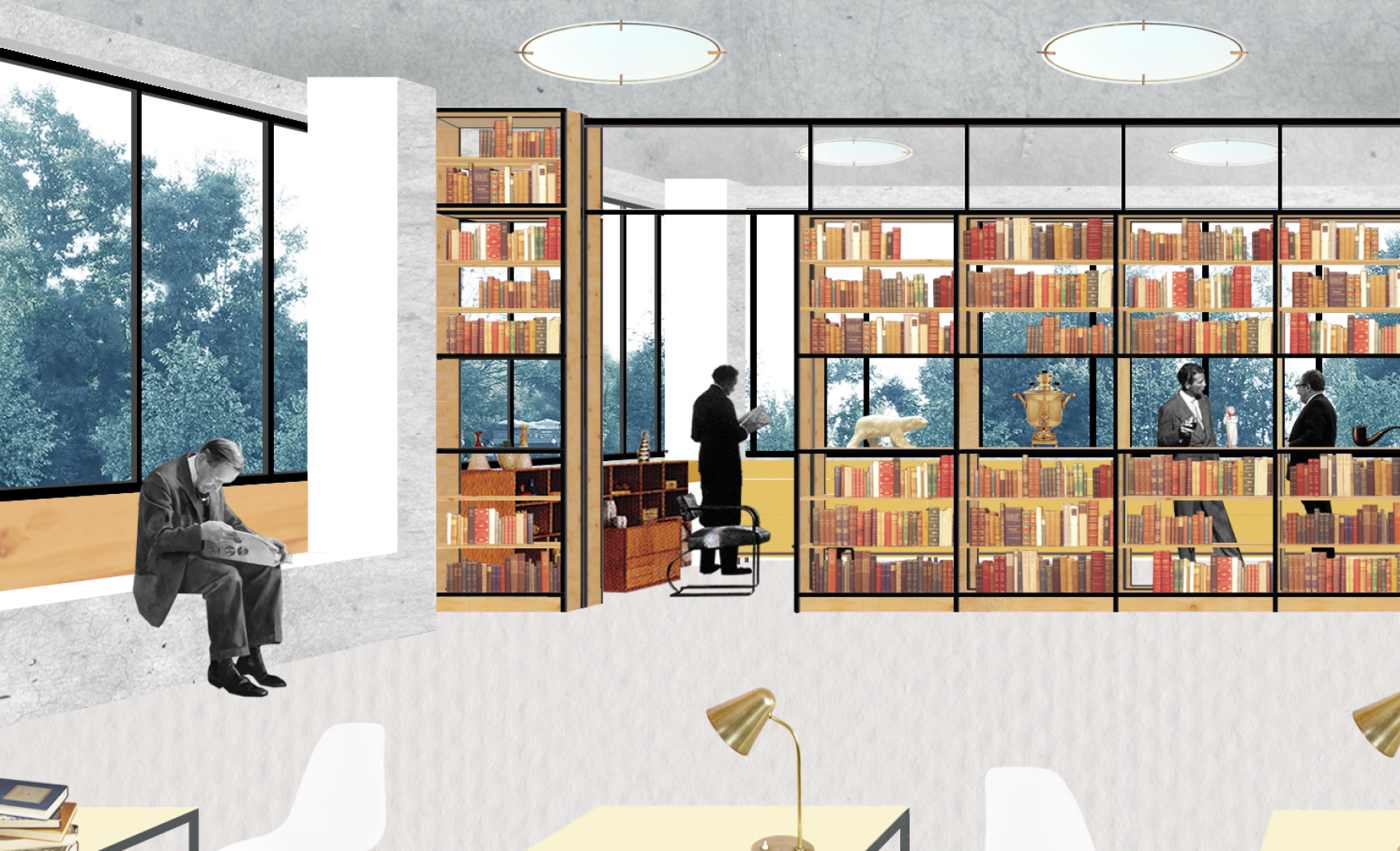 collage of proposed interior of Library #187

Full story at ArchDaily: Reimagining 448 Local Libraries in Moscow, One Space at a Time

« Five Book Salute to Halloween
Kafka’s notebook, the first written evidence of Yiddish and more as Israel’s National Library opens up »
About the author: Michael Lieberman