“The public have an insatiable curiosity to know everything, except what is worth knowing. Journalism, conscious of this, and having tradesman-like habits, supplies their demands.” – Oscar Wilde The Soul of Man Under Socialism

Aside from his success as an author and playwright Wilde was also a major celebrity in Victorian London. In many respects his celebrity mirrors the path of many of today’s celebrities (Martha Stewart and Paris Hilton immediately come to mind) where the prevailing culture hoists them up then tears them down with no mercy.

My Wilde phase took place in England in the mid 80’s. I was studying in London and The Smiths were on top of the music world. My roommate was a young innocent looking kid from Wisconsin who was infatuated with Morrissey. His passion was contagious and soon I was hooked too. There is a line in the Smith’s song Cemetry Gates “A dreaded sunny day so I meet you at the cemetry gates Keats and Yeats are on your side while Wilde is on mine.” That is where it began. I had a copy of Oscar Wilde’s collected works by my side for the rest of the semester.

The power of Oscar Wilde is still all around us. Somewhere in the world I am sure a production of one of plays is being planned or staged and not a year goes by without some other other artist, filmmaker or musician paying tribute to Wilde in their work.

Here are a few Wilde related items that I came upon in the last few days.

Anthony Gardner has a great piece in the Sunday London Times, The Oscar sinners, where he recounts the long history of forged Wilde manuscripts with the latest appearance of some questionable documents surfacing this past April at the New York Antiquarian Book Fair. When Wilde was imprisoned and declared bankrupt in 1895 there was an auction of his possessions. “The auction of his house and its contents became such a free-for-all that the police had to be called; as a result, the provenance of a particular document is often impossible to establish.” The details are worthy of a biblio-mystery of the highest order.

and here is an 8 minute stop-motion puppet animation on Oscar Wilde by Lucy Knisley who describes herself as “a 20-something artist and cartoonist who still plays with toys and dressup clothes.” 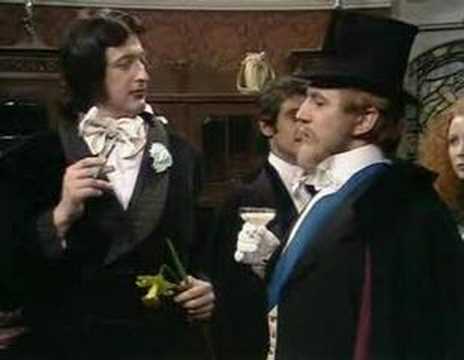 These are still very much Wilde times.

« Fine Presses and the Bookseller
Potterpalooza »
About the author: Michael Lieberman