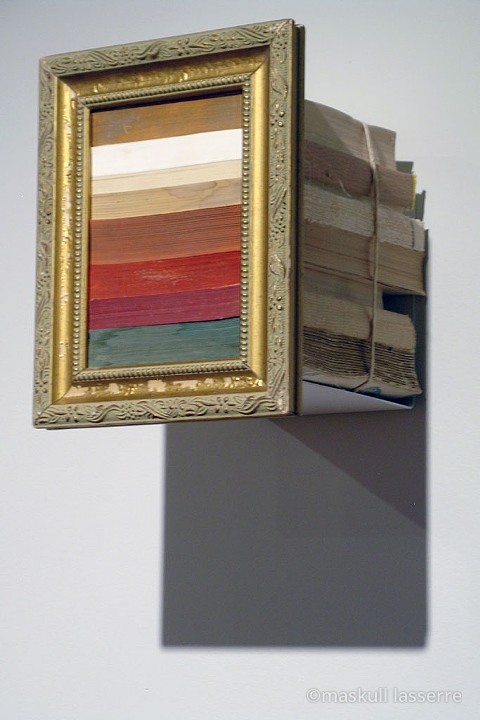 “My work is always halfway between a song and a punch” says Canadian sculpture Maskull Lasserre.

From his serene well groomed and painted works to his sculptures featuring carved and altered books Lasser blends “elements of nostalgia, accident, humor, and the macabre… into works that induce strangeness in the familiar, and provoke uncertainty in the expected.”

Here’s some song and some punch for your enjoyment: 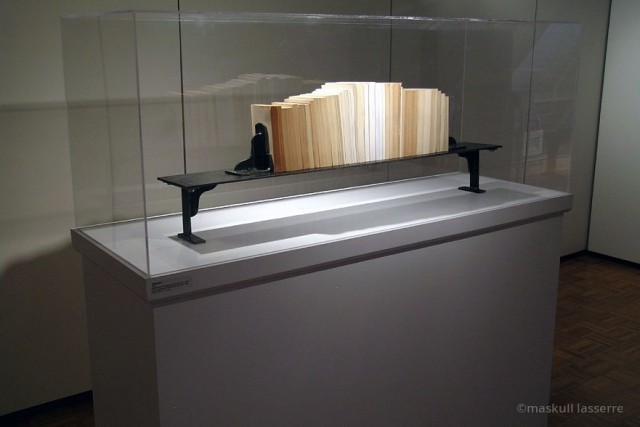 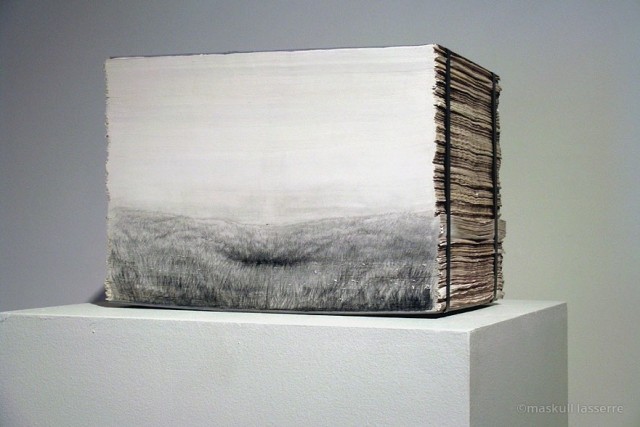 Vanishing Point, 2010. Pencil on the sanded edge of compressed newspapers

In March 2010, Lasserre traveled to Kandahar province in Afghanistan for two weeks as part of the Canadian Forces Artists Program.

When he returned, as you can imagine,  his perspectives on life and art had undergone a profound shift. 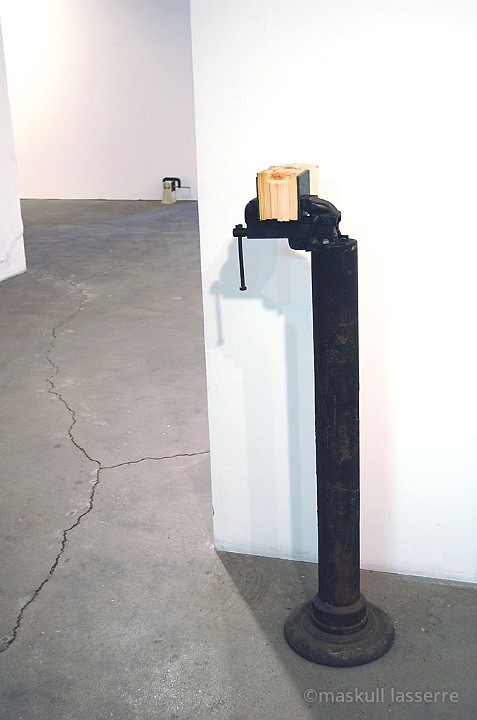 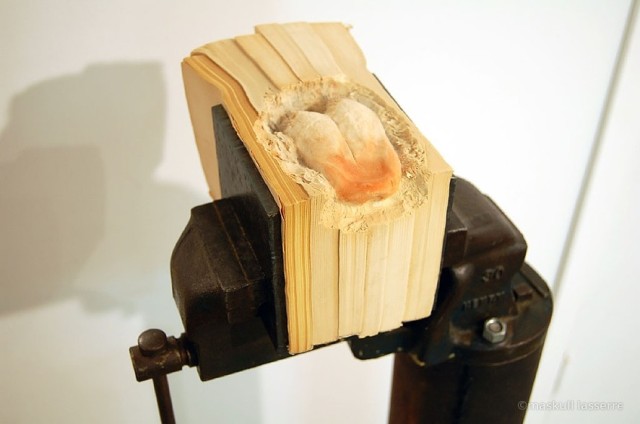 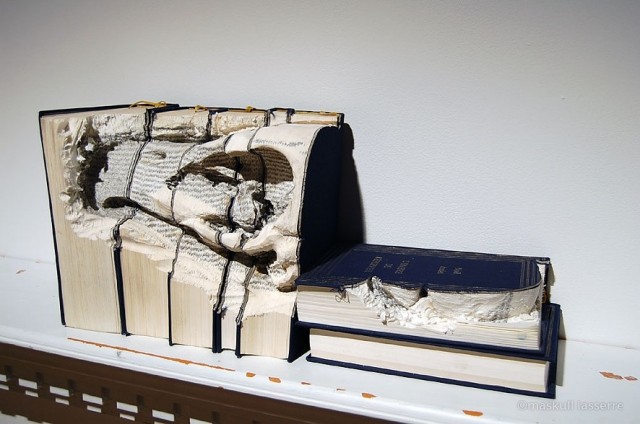 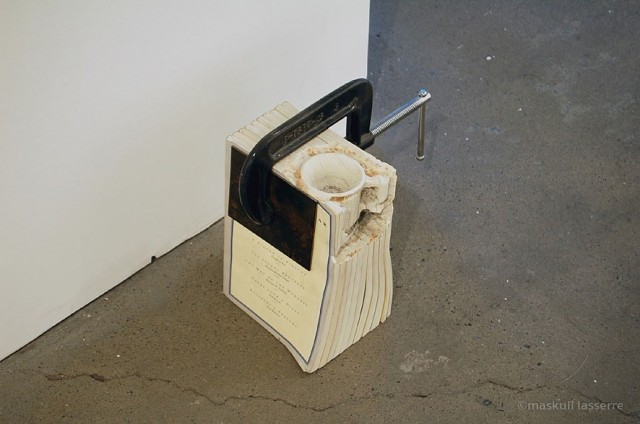 Lasserre’s website
Piece at Magenta Magazine: A Song and a Punch: Maskull Lasserre’s sculptures balance the contemplative and visceral

« There’s still money in them books: Prices for some collectible books continue to soar
For Members Only: Library debuts in London »
About the author: Michael Lieberman