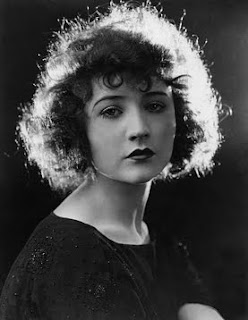 Perhaps it is the quiet that draws them in. Or the musty scent of aging leather bindings and brittle pages. Or maybe it’s the all too rare reverence those who frequent them have for history and literature. Whatever their reasons, ghosts are especially fond of libraries. One librarian has documented haunted libraries in 44 of the 50 states, with most claiming more than one poltergeist-plagued public institution. Whether or not one swears by the mantra of the Cowardly Lion of Oz, (“I do believe in ghosts, I do believe in ghosts, I do, I do, I do, I doooo.”) these fables of folio-fancying phantoms continue to fascinate. In celebration of Halloween, Book Patrol brings you the biography of a singularly seductive specter of the stacks.

Fittingly, this glamorous ghost haunts a Neo-Italianate mansion turned public library located on St. Charles Street in the Garden District of New Orleans. The Milton H. Latter Memorial Library is distinguished not only for its lavish architecture but also for its celebrity ghost. The celestial being who haunts the halls is thought to be a former owner of the stately manor, silent film star Marguerite Clark. 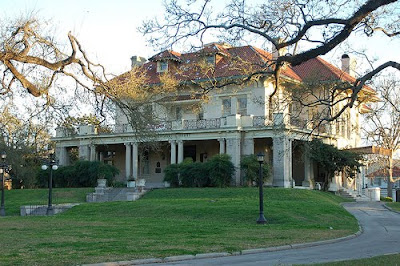 The diminutive Miss Clark stood only 4 feet, 10 inches tall and was blessed with a remarkably youthful appearance well into her thirties. She exuded an air of virginal purity and innocent charm. This led to a successful career playing the sweet ingenues in vogue as film heroines before the liberated flappers of the 1920’s became all the rage. Her portrayal of Snow White (1916) inspired Walt Disney to base his first animated heroine on her performance. She also took on the literary roles of the Prince and Tom in Mark Twain’s The Prince and the Pauper (1915) and again played dual roles as Little Eva St. Clair and Topsy in Harriet Beecher Stowe’s Uncle Tom’s Cabin (1918). In her last film, Scrambled Wives (1921), she inadvisedly chose to play a collegiate party girl forced into a marriage of convenience to salvage her ruined reputation. Audiences did not accept the childlike star in such a racy role, and the film flopped. Acknowledging that her days as a leading lady were numbered, Marguerite Clark retired from the silver screen at the height of her fame in 1921. 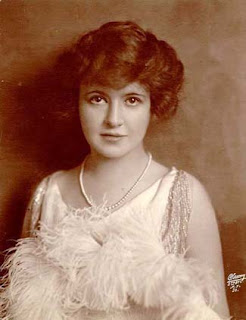 Unlike Norma Desmond, Clark made a trauma-free transition from screen goddess to civilian. Her marriage to the son of a millionaire New Orleans lumber baron bought her a new life on easy street in The Big Easy. In addition to inherited wealth and social position, Clark’s new husband, Harry Palmerston Williams, was said to possess “more charm than the law allowed.” Williams was a carefree daredevil with a taste for danger. The only thing he loved more than speeding in a fast car was piloting one of the racing airplanes he designed with his business partner, aviation pioneer Jimmie “Speed King of the World” Wedell. 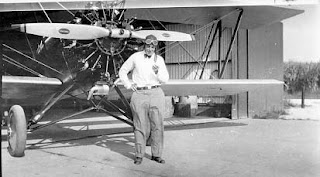 Mr. and Mrs. Williams were a golden couple who effortlessly became the toast of New Orleans society, hosting lavish parties in their palatial Garden District mansion. (The house boasted a ballroom occupying the entire third floor, as well as one of the city’s first elevators.) Mrs. Williams was chosen to be the “Tsarina” of the first New Orleans Ball of Alexis in 1924. At this event she wore a gown worthy of an empress, priced at a record $5,000. Such an elaborate haute couture design would cost a customer a cool $63,000 dollars today. 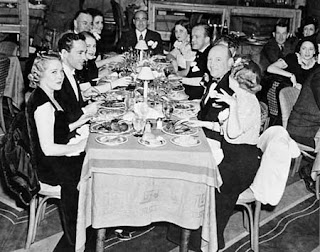 Marguerite and Harry Williams enjoyed a happy marriage until tragedy struck in 1936. Harry Palmerston Williams finally paid the price for his lifelong addiction to adrenaline when the small plane he was piloting inexplicably crashed. Williams and his passenger were killed instantly. The widowed Marguerite stayed on in the Garden District mansion for three more years, but eventually could no longer endure the memories of her late husband which lingered there. She moved to New York City and died of complications from a cerebral hemorrhage and pneumonia in 1940. The charismatic couple are interred side by side in Metairie Cemetery.

According to many witnesses, however, Marguerite Clark Williams still watches over what was once her opulent estate. The mansion was donated to the New Orleans Public Library and opened as the Milton H. Latter Memorial Branch in 1948. Soon thereafter strange sightings of a “woman-child spirit” roaming the building after sunset were reported. Lights inexplicably flickered as this ethereal entity passed by, leaving in her wake downdrafts of chilly air scented with an exotic oriental perfume. Those who beheld the spirit at first thought the slight and graceful figure to be the ghost of a teen-aged girl. But the figure was later identified by a more careful observer as the dead ringer for the tiny silent movie queen. 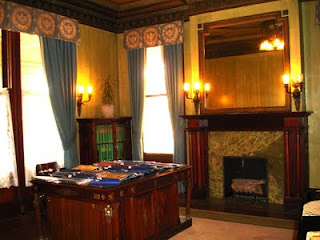 Superstitious readers will be glad to know the ghost of the Latter Library is a friendly one. Not only do those who have seen the ghost maintain she radiates an appealing “lightness” but many also believe she protects the historic landmark from harm. While Hurricane Katrina caused extensive damage to many of the Garden District’s neighboring estates, the library unaccountably emerged completely unscathed save for a few missing roof tiles. 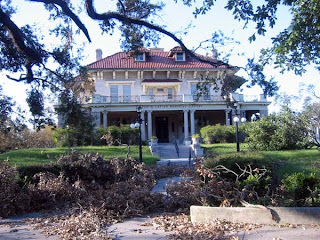 The skeptical among us might attribute this good fortune to a meteorological oddity, but the Cowardly Lion would surely find it to be proof of the presence of a benevolent spirit. Do you believe in ghosts?

« A "Witch" So Rare It’s Scary
A Big Book. A VERY Big Book. »
About the author: Nancy Mattoon