Books are weapons in the war of ideas. Poster 20 x 27.9 , 1942.  Published by the United States Government Printing Office.
In the this installment of In the Stacks we visit the newly launched and much anticipated Digital Public Library of America (DPLA).
The opening of DPLA represents a watershed moment in the history of American libraries and will undoubtedly become a seminal resource for our nation in the years ahead.
It is safe to say this will be the first of many trips for Book Patrol through the “stacks” of DPLA.
We begin with a couple of posters produced by the Unites States Government to combat the infamous Nazi book burning of 1933, then we feature an exterior and three interior shots of  bookshops in the late 19th century, two in Minnesota and one in Idaho, and finally a picture of a book barn in Bozeman, MT from the late 1960’s.
Enjoy! 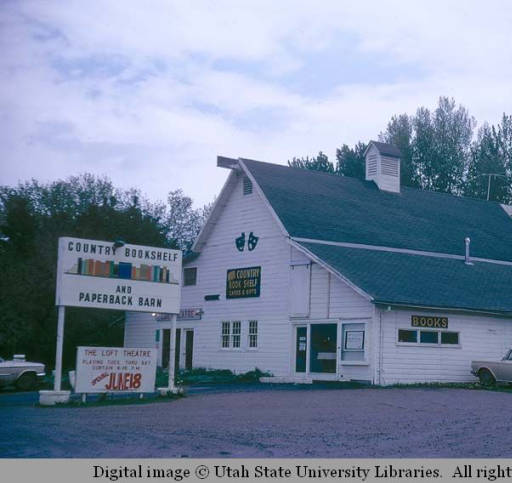