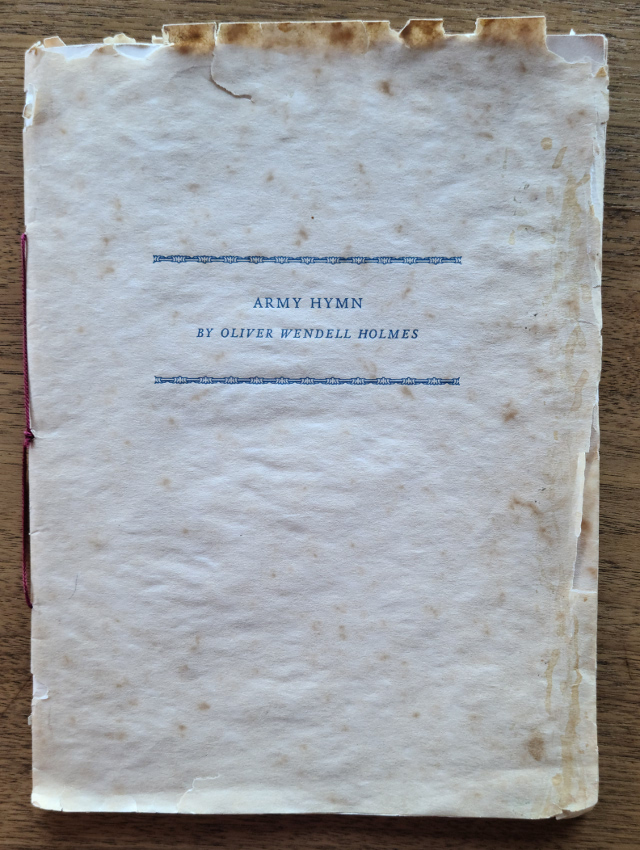 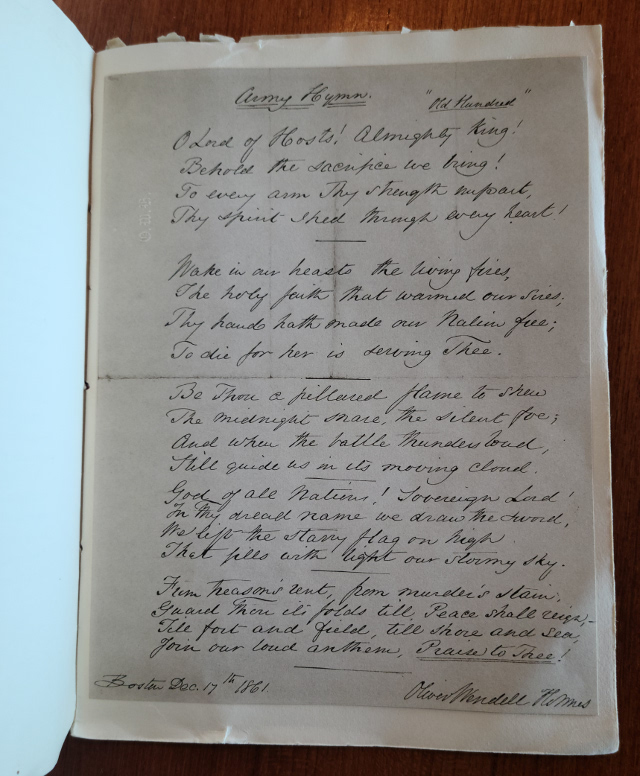 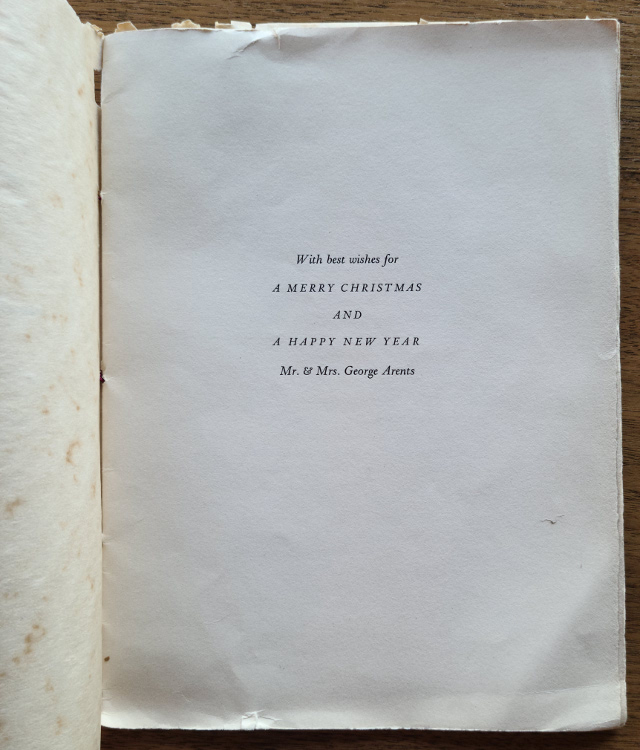 Army Hymn by Oliver Wendell Holmes – One of 425 copies

One of 435 copies printed for the Arents’ friends as a Christmas and New Year’s token.

Arents was a race car driver who came from a tobacco dynasty. His collection of tobacco related books was the largest known and is now housed at the New York Public Library.