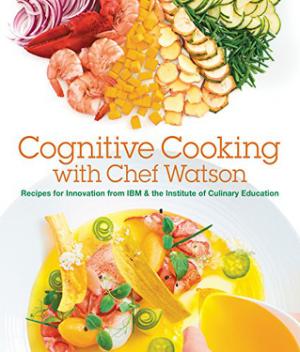 Well, like most technologies a lot has changed since then. Watson’s system performance is 2400% greater than in the Jeopardy! days and it has gone from the size of a master bedroom to three stacked pizza boxes!

Now Watson enters a whole new realm, from simply being a storehouse of vast amounts information to now being able to actually create new knowledge.

And one of the areas best suited for this new foray is the food universe.

In 2014 IBM teamed up with the Institute of Culinary Education (ICM) to combine the culinary talent and experience of ICE chefs with the cognitive power of Watson to create entirely new, never before created, recipes.

Starting in the food domain, we showed how Watson could ingest vast amounts of culinary data; understand content and flavor profiles; analyze incredibly large numbers of ingredient combinations; summarize their meaning and discover their underpinning relationships; in this case, unique and tasteful ingredient pairings. Our chef partners then provided feedback on the system’s ingredient choices, delivering creative recipes that translated into flavorful dishes and ultimately showing the possibilities of human and machine collaboration

They hit the road in a food truck and visited IBM Pulse in Las Vegas and South by Southwest in Austin and now, for the first time, 65 of the recipes have been collected in a new book, Cognitive Cooking with Chef Watson 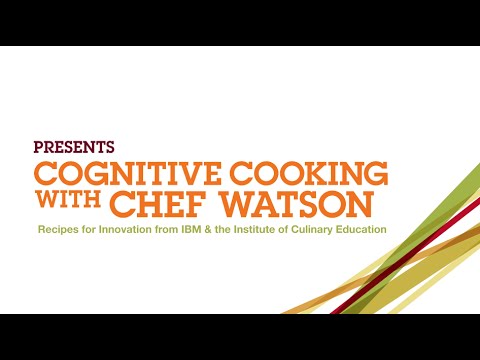 Recipes for Success: The Watson Cookbook

« Orange is the new green at the Multnomah County Library
Of Interest: New Poetry, The Little Free Library Book, Steve Jobs and Philosophy and more »
About the author: Michael Lieberman