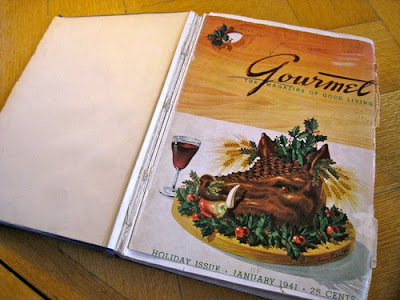 When publisher Conde Nast sliced Gourmet Magazine from its line-up in October 2009, foodies nationwide mourned the passing of a culinary standby. The cooking bible had been published for nearly 70 years, providing inspiration to professional chefs, amateur cooks, and readers who didn’t know Escoffier from Le Creuset, but took a pornographic delight in superbly styled, sensual shots of sinfully rich repasts. But at least one librarian saw the magazine’s starvation as a chance to pluck a prize plum. 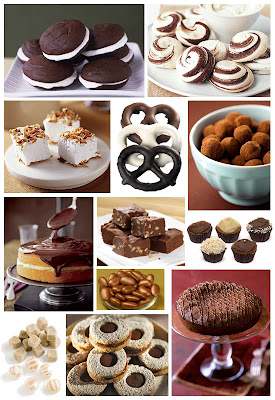 Marvin J. Taylor, director of New York University’s Fales Library, told the New York Times he “got on the horn immediately” when he heard that Gourmet Magazine’s gravy train was out of steam. Taylor knew that the publication’s library of cookbooks would be ripe for the picking. And even if the magazine was toast, the remaining crumbs could beef up his mushrooming Food and Cookery Collection.

Fales Library Director, Marvin J. Taylor.
(Photo by Don Hogan Charles for The New York Times.)
Cookbook author Rozanne Gold helped Taylor turn Gourmet’s lemons into lemonade with a donation of $14,000 to the Fales Library. This tasty sum secured the publication’s smorgasbord of 3,500 cookbooks, a collection comprising the creme de la creme of the culinary community. The new acquistion “really represents what the editors saw as the best of the best,” said a satiated Mr. Taylor. 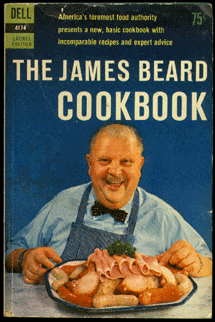 A First Edition Of The James Beard Cookbook. (1959)
The Food and Cookery Collection is a rapidly expanding library of over 20,000 volumes, including the personal libraries of the father of American gourmet cooking, James Beard, and Cecily Brownstone, Associated Press Food Editor from 1947 to 1986. The collection documents the the history of American cooking, with an emphasis on the 20th Century.

Celebrated chef Mario Batali has promised to donate his personal papers to the library. “I would give them anything they want,” he said. Batali adds that the collection “matters because some of the most intimate and essential details of a society are made up of its attitudes about subsistence, luxury, taboo and knowledge all relating to its food experience.”

Donations like Batali’s will enrich The Food and Cookery Collection’s growing archive of recipes, menus, pamphlets and other ephemera. Mr. Taylor is especially proud of the acquisition of 5,ooo pamphlets form the estate of Ms. Brownstone, including such gems as a government issued directive on cooking with wartime rations, and a State of Louisiana publication detailing the nutritive value of the nutria, an apparently tasty local variety of water rat. 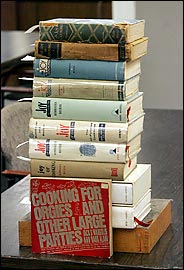 The Joy of Cooking Meets The Joy Of Sex In The Fales Library Food and Cookery Collection.
(Photo By Don Hogan Charles For The New York Times.)