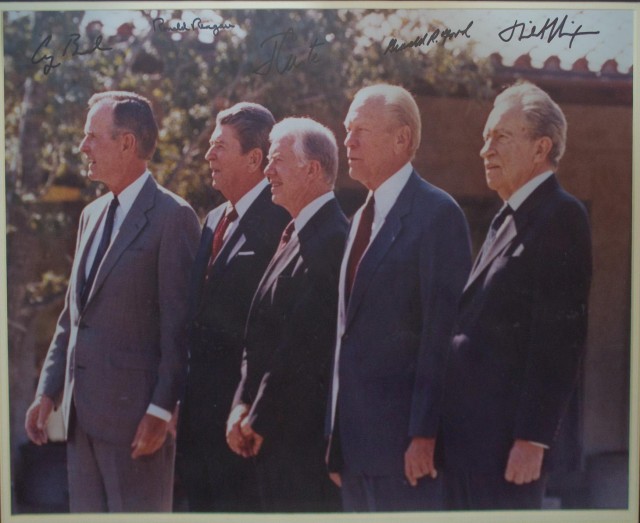 As we gear up for the upcoming Presidents’ Day holiday weekend there’s no better time to salute our leaders by taking a look at some presidential items currently for sale in the book universe. 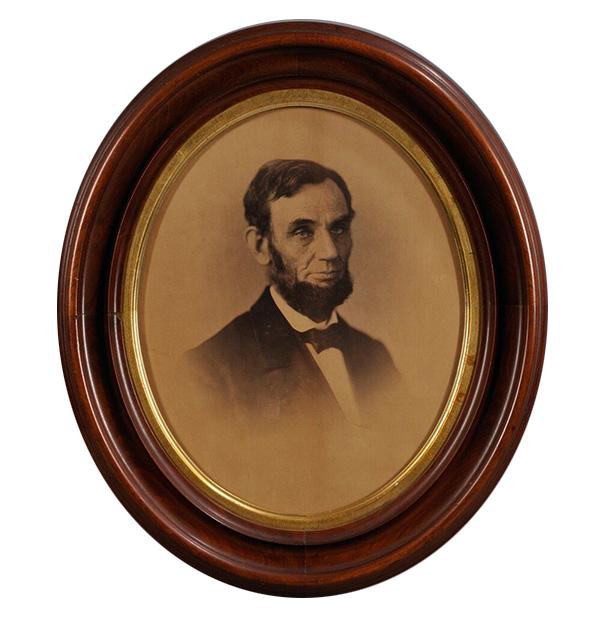 Portrait of Abraham Lincoln, a vignetted bust portrait by Alexander Gardner. Only known example of this highly important large-format photograph of Lincoln, once owned by the President’s private secretary John Hay, taken one month after the Battle of Gettysburg by Alexander Gardner, 1863. Offered by 19th Century Rare Book & Photograph Shop 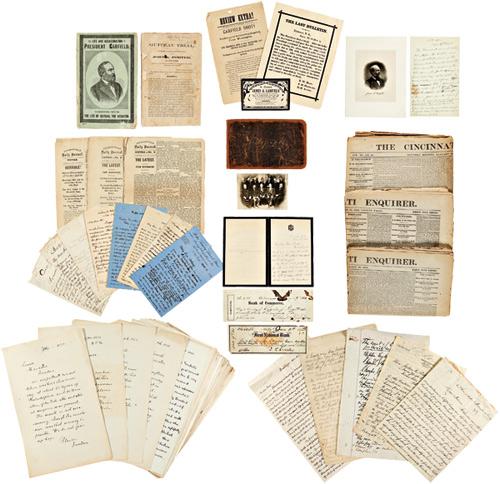 A amazing archive of material relating to the assassination of President James Garfield and the trail of Charles Guiteau. 1859-1883.  Highlights include five autograph letters and manuscripts by Guiteau, including one of the earliest known letters and a chilling jailhouse manuscript written shortly before his execution; extensive autograph material by the lead prosecutor, James K. Porter, including one of his trial notebooks and a draft of his counter to Guiteau’s “Unsound Mind” defense and more. Offered by William Reese Company 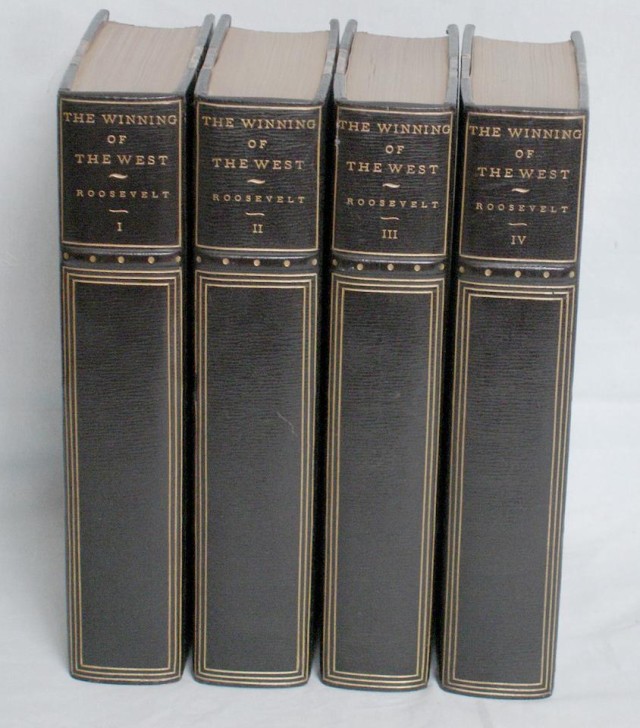 The Winning of the West by Theodore Roosevelt. Published by G.P. Putnam and Sons, 1900. The scarce “Alleghany Edition” containing 5 maps rather than 4 as in all the other editions. Offered by Alcuin Books 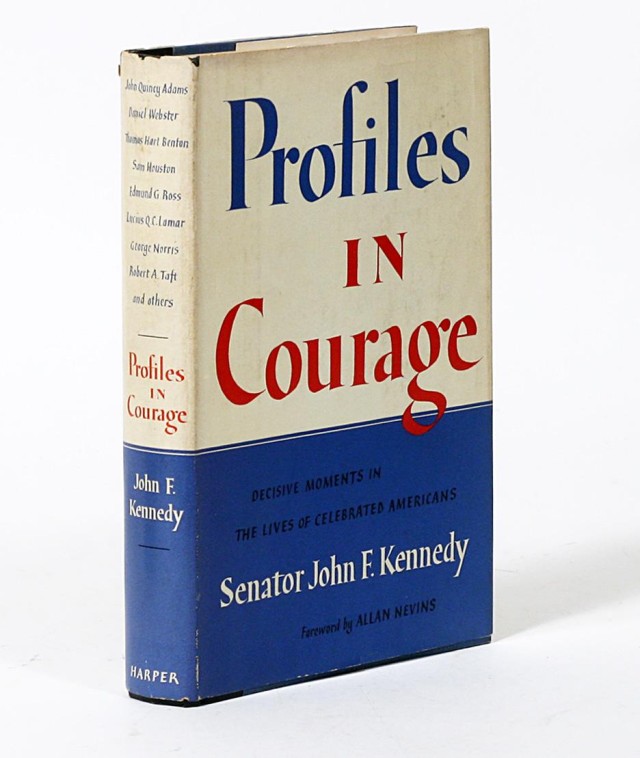 Profiles in Courage by John F. Kennedy Published by Harper & Brothers, 1956. Winner of the Pulitzer prize for biography in 1957. Kennedy wrote the book during his freshman term in the Senate in 1954 and 1955. Offered by Manhattan Rare Book Company 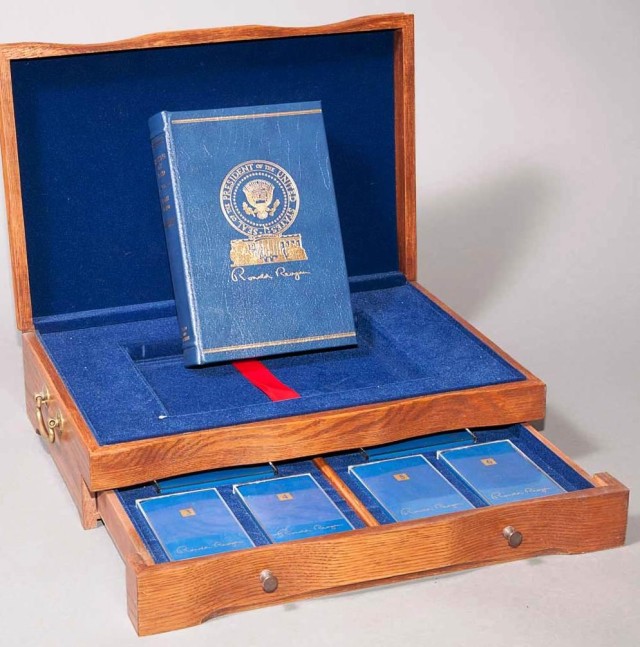 Speaking My Mind: Selected Speeches by Ronald Reagan. Elaborate limited presentation of Speaking My Mind published by Simon & Schuster 1989. Housed in oak chest with a pull-out drawer. Includes the book in full leather and 6 cassette tapes. Signed by Reagan. Offered by Charles Agvent 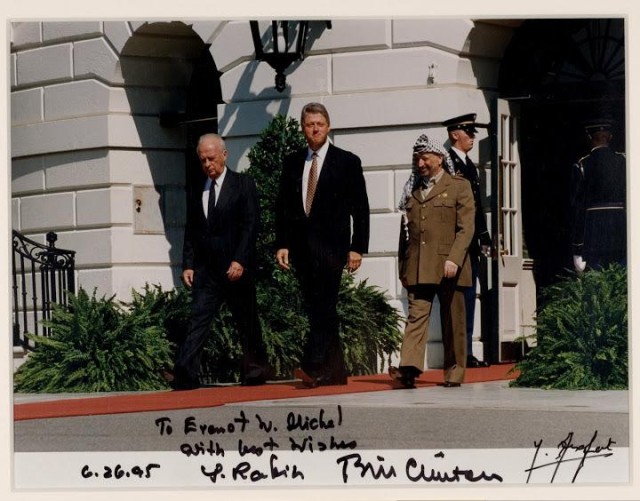 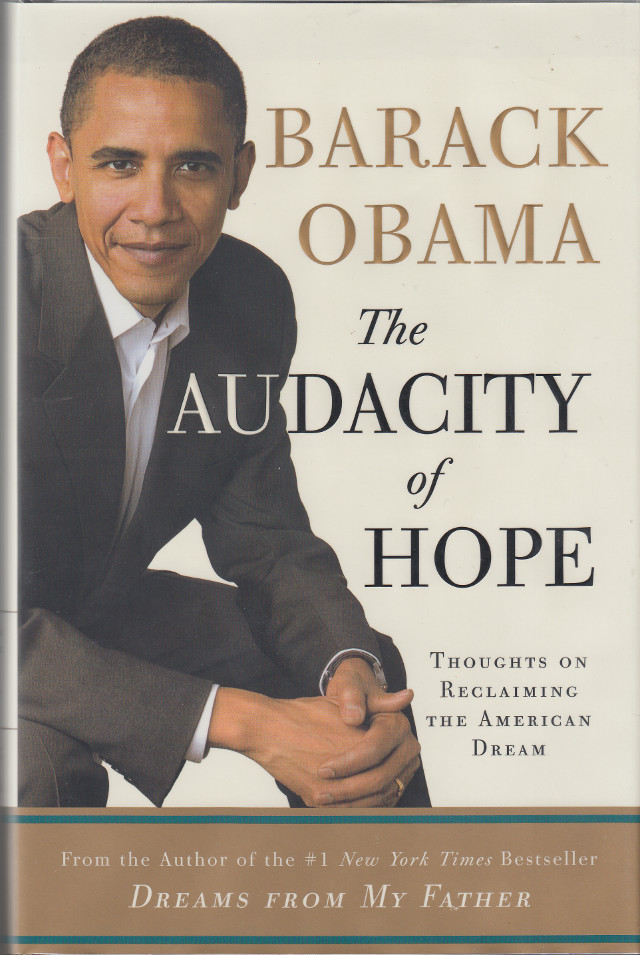 top image:  Photograph of Five Former Presidents, signed by all, taken at the dedication ceremony of the Ronald Reagan Presidential Library on November 4, 1991. Offered by Heritage Book Shop