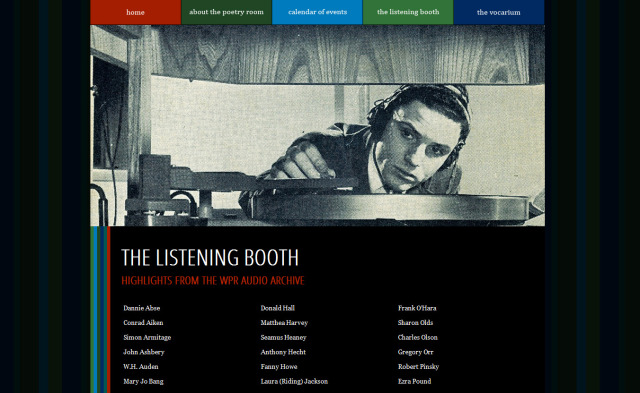 The Woodberry Poetry Room at Harvard University just might be the closest thing we have to a poetry heaven on earth.

Yes, there is the extensive collection of 20th and 21st century English-language poetry books and “an encyclopedic array of poetry journals and literary magazines” but the crown jewel of the collection is their collection of sound recordings, “one of the largest poetry-specific sound archives in the world”.

And, as you can imagine, many of the older vinyl recordings are simply to beat-up to listen to.

That is, until now.

The folks at WBUR, Boston’s NPR station, take us behind the scenes and introduce us to IRENE a new technology that is rescuing badly damaged recordings and allowing us to hear these buried treasures while also allowing scholars and researchers to get to work and compare theses recordings to their printed counterparts.

IRENE was created by the Northeast Document Conservation Center (NEDCC) and is currently being offered to museums, archives and private collectors. Just how special is this preservation technology?

“IRENE can do something that no other technology can do, which is to put Humpty Dumpty back together again,” says NEDCC director Bill Veillette. 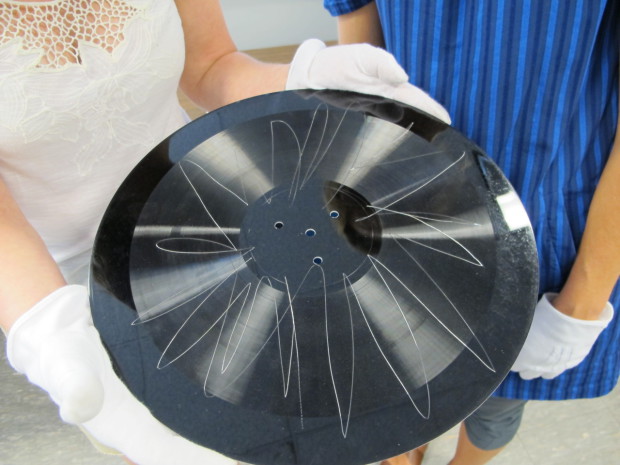 Gouged side of a Robert Frost master recording, unplayable with a stylus, can be heard through IRENE technology (Julie Martin/NEDCC) 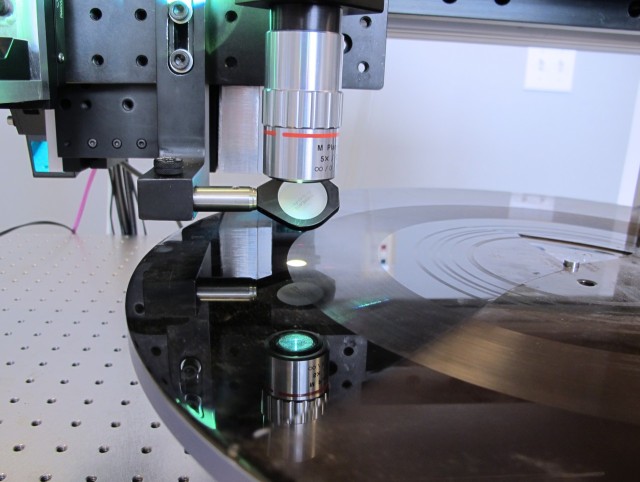 Oh, and IRENE was inspired by a story on public radio!

« Dick Bruna: A sampling of covers
We’re Still On The March: A look back to Wrightsville, Georgia 1980 »
About the author: Michael Lieberman